Skoogmusic Ltd. is a developer of music-based assistive technology products. Founded in 2009, the company’s flagship product is the Skoog, a ground-breaking musical instrument designed to empower those unable to play traditional instruments.

In 2006, the University of Edinburgh engaged in a research project with educational development organisation, The Tapestry Partnership, to address the fact that no musical instruments existed that were specifically designed for children with physical or learning disabilities. The vision of the partnership was to produce an instrument that would meet the needs of children with a broad range of disabilities, and that would allow them to learn and progress as musicians on an equal footing with fully able children.

Over the next two years, the two lead researchers, Dr. David Skulina and Dr. Ben Schögler, worked extensively with teachers and pupils in special schools across Scotland to hone and develop their ideas. By early 2008 the project had produced a prototype instrument that was the first version of what would become the Skoog.

Ben, aged 42 from Edinburgh is the Creative Director and Co-Founder of Skoogmusic. Studied Developmental Psychology at The University of Edinburgh, and has a PhD in Music & Communication.

David, aged 41 from Edinburgh is the Chief Technology Officer and Co-Founder of Skoogmusic. Studied Physics with Music at The University of Edinburgh, and has a PhD in Musical Acoustics.

In order to commercialise on the opportunity presented by the Skoog, Skulina and Schögler formed Skoogmusic Ltd in 2009, a spin-out company of the University of Edinburgh. In early 2010, Skoogmusic successfully completed its first round of funding, attracting investment from Barwell Plc, Daedalus Capital and the Scottish Enterprise Scottish Co-investment Fund. The investment was facilitated by LINC Scotland, the national association for business angels, allowing the company to begin manufacturing and supplying the instrument.

Ian Murphy, Head of Commercial development at ERI, said: “The Skoog is an excellent example of how innovative thinking can be turned into a useful and exciting product that could improve people’s lives.”

Skoog 1 launched online with the Apple store across the EU in 2012. Skoogmusic then ran a successful indiegogo campaign in 2015 to fund the final stages of development for the new wireless Skoog 2.0

In 2016 Skoogmusic launched Skoog 2.0 globally online with Apple.com and in selected apple retail stores across Europe.

In 2018,  Skoogmusic launched a brand new product, Skwitch.  A multi-use controller for your iPhone offering music, coding and accessibility features and apps.

The company now has eight full time members of staff and continues to make, support and market Skoog across the globe! 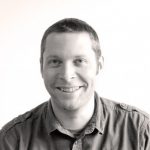 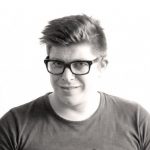 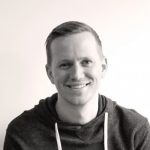 Keith Nagle (Lead Developer) award winning software developer and musician. Keith does the heavy lifting ‘code wise’ at Skoogmusic and has been honing Skoog’s algorithms for over 4 years. 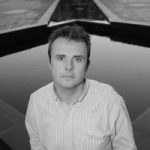 Andy Gordon is experienced in distribution, manufacturing, retail, commerce, marketing, product development and manufacturing. Andy has the experience to establish Skoogmusic as a leading music technology brand. Experience: Jaybird, Xmini, Denon, WisePrimate and on the Brand side, Apple, Bestbuy, Argos and Gamestop.

Director for US Operations